This shop has been compensated by Collective Bias, Inc. and its advertiser. All opinions are mine alone. #VivaLaMorena #CollectiveBias

Over the last few years, my kitchen has become increasingly busy with gatherings surrounding tamaladas.  Per usual, they first began around the holidays.  Traditional red chile tamales were customarily made a week or two before posadas began. With a couple dozen saved to be enjoyed on Christmas Eve.

Then, the timing changed.  Since Dia de Muertos has become so mainstream in the U.S., tamales were in order and were somehow demanded by the muertitos to be placed as offerings on their altars. 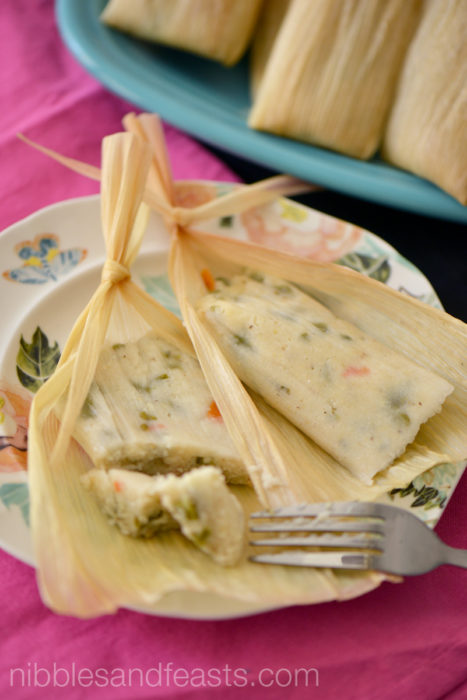 Now, with Hispanic Heritage Month upon us, the tamal popularity has increased and their demand have once again creeped up a few weeks early, even before the temperatures in Southern California begin to drop a few degrees.

With their increase in popularity came an increase in creativity when it was time to decide what type of tamales to prepare for such different occasions coming my way. I put my thinking cap on and decided to simplify the recipes by adding few but high quality ingredients that are full of flavor.

La Morena pickled jalapeño peppers are the star of this tamal recipe.  Because their pickled jalapeños are so plump, I was able to incorporate them into the masa with minimal to no seasoning.  Making my long tamal-making days, short, easy and practically effortless.

Rather than stuffing each tamal individually, The pickled jalapeños from La Morena and cooked cactus bits were added to the masa and mixed thoroughly.  Once they were evenly distributed throughout the masa, spreading them on the corn husk was quick and easy. 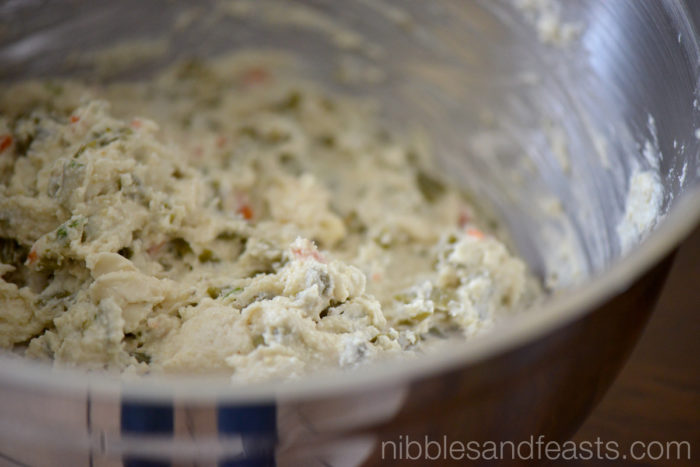 La Morena brand products are available at your local grocery store in the Hispanic food isle.  In Southern California, where I live, I was able to find them at my local Ralph’s Grocery store. Celebrate Hispanic Heritage month and the Holidays with La Morena brand.

Their products are the perfect when it comes to traditional Mexican cooking.  For more information, visit La More online or follow them on Facebook for the latest news.

Method
In a large mixing bowl, combine masa harina flour, water, shortening, bouillon and baking powder.  Knead with hands until thoroughly mixed.  Add cactus, jalapeños and carrots and stir until all ingredients are combined.  Masa should be smooth and not stick to hands.

Drain corn husks.  Hold corn husk with pointy side towards you.  Scoop 1/4 cup of masa mixture on corn husk and spread with a spoon; Leaving a 1-inch border on the sides.  Fold one side of the corn husk over mixture then fold the other side, overlapping. Fold the pointed side up and turn over to keep it from unfolding.  Repeat with remaining husks and masa.

Arrange tamales upright in a steamer.    Fill with hot water right below the rack and heat over medium-high heat.  Cover top of tamales with a layer of remaining husks and a damp towel; cover with lid, bring to a boil and reduce heat to medium, adding water as needed.  Steam for 1 hour or until when tested, corn husks unwraps and masa separates easily form dough.

Green Pozole with Chicken (or Turkey)

Hi! I'm Ericka! Award-winning blogger, recipe developer and photographer. I'm a bicultural mom born in Mexico, raised in Texas and now living in Los Angeles, CA. Nibbles and Feasts was created to preserve and share my favorite traditional family recipes and new recipes inspired by my life in Los Angeles.